L’OBRADOR Creation Space hosts 4 artistic residencies this August, the first of the 2021 call

L'OBRADOR Creation Space hosts 4 artistic residencies this August, the first of the 2021 call La Caliope Cia., Sonia Gomez, Nomad Collective and Association Compagnie MMCC / MARIANNE MASSON are the residencies planned for this month To the call, which opened in spring with 5 modalities, 102 projects from 16 nationalities were presented This 2021 is the second year that L'OBRADOR Espacio de Creacion de Deltebre hosts artists who work in movement disciplines through a residency program. The call was opened last spring and included five modalities (four for dance and one for the circus) for projects in various stages of development (research, creation and production). In this open call L'OBRADOR has received 109 requests from artists and companies, 55% of which are of foreign origin and sixteen nationalities. Starting this summer, the fifteen selected companies and artists will pass through L'OBRADOR. In August, four projects will stop. In the first place, the dance company of the cultural association La Calliope with a work that begins with a journey of discovery of the deepest feminine yearnings. It will be followed by the dancer, performer and choreographer Sonia Gomez, with TERRA, TECA, TRACA about the relationships and tensions between the rural world and the urban world. A project that challenges society and reflects on current food models. This residency stems from a collaboration between L'OBRADOR and Lo Patí Center d'Art Terres de l'Ebre and World Capital of Sustainable Food - Barcelona 2021, an event that promotes, among others, residencies throughout Catalonia that seek interaction between artists, farmers, ranchers and fishermen, and in which 6 more creation centers located in rural areas participate. The initiative also has the coordination and support of the Universitat Oberta de Catalunya. At the end of the month, Nomad Collective will land in Deltebre with the first chapter of NOMADES, a project that arises from the need for change and adaptation to contemporary society, a meeting point for artists that starts from simple interactions that evolve into complex relationships . The project is a work in progress that will continue its evolution in other creation residencies in the United Kingdom, India and Mexico. And finally, the Association Compagnie MMCC / MARIANNE MASSO with NOUS will visit L'OBRADOR to work on a project in an advanced stage of development: a solo with three dancers who, despite being three, are alone. In these last 2 cases, the artists will represent their works in open rehearsal format at the center of creation at the end of August. Starting in September, it will be the turn of the rest of the companies selected in the 2021 call. A final four-month period in which the L'OBRADOR program also includes professional webinars and activities open to the public, with shows and introductory workshops. 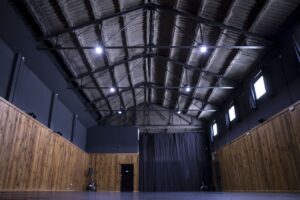